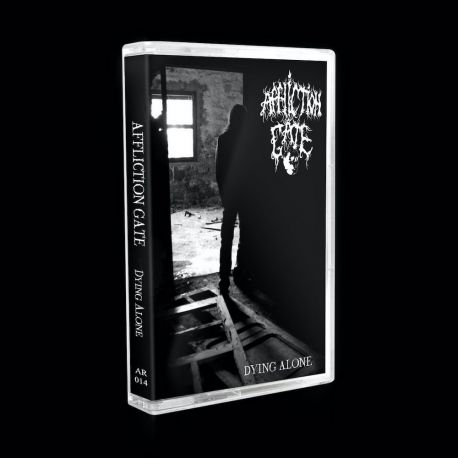 For nearly a decade, Affliction Gate has been prevalent in the Hexagone in the French Death Metal landscape AFFLICTION GATE is one of the leaders of this scene and we are proud to announce our collaboration with this hexagonal reference.

The band recently released an EP "Dying Alone" which is now re-released in cassette format on Atavism Records.
"Dying Alone" featuring two bonus titles in addition to the four titles of origin.
'Gone and forgotten' : an industrial title which is totally atypical for the band.
And 'The worst yet to come' originally released on the compilation "We are french fuck you" which was reworked to offer a more aggressive and incisive sound.