> Cds>Exterminated "The Genesis Of Genocide" (CD) 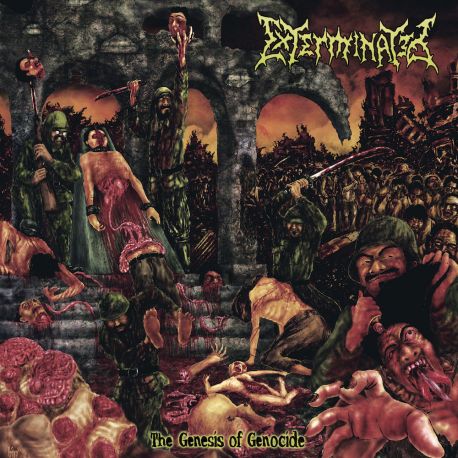 Exterminated "The Genesis Of Genocide" (CD)

On April 9th Comatose Music will release the debut full-length album from Filipino death squad, Exterminated. ‘The Genesis of Genocide’ is an intimidating explosion of feral hate that taps into the vein of lust and violence that runs through the human condition like a seam of black blood. For all those jaded creatures hungry to rediscover the thrill of bludgeoning, battering, remorseless and inhuman brutality, ‘The Genesis of Genocide’ will be their new high as Exterminated push the limits of sonic extremity and skull-crushing death metal to the breaking point.