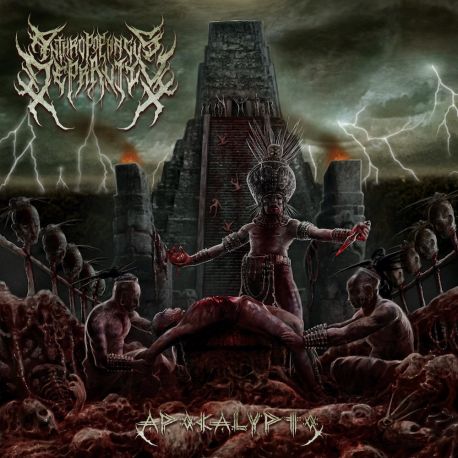 On July 2nd Comatose Music will unleash the debut album from Indonesia's Anthropophagus Depravity. ‘Apocalypto’ features eight grotesque hymns of sacrificial slaughter, a torrent of overwhelming, suffocating horror that feeds upon the vicious rituals of the ancient Mayan religion. Armed with furious riffs, relentless blasts and nerve-shredding atmosphere, this is one of the most effective and exciting brutal death metal releases you'll hear this year. Be prepared for shuddering heaviness and nightmarish brutality when this beast is unchained.