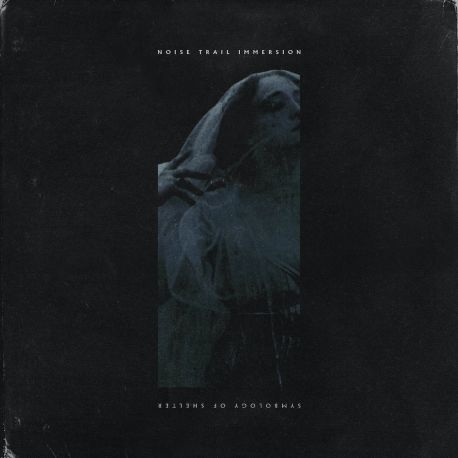 “Symbology of Shelter” is our personal attempt to combine the ominous and misanthropic atmospheres of Dissonant Black Metal with the chaotic, intricate structures of Mathcore and some introspective Post-Metal influences, with the intention to represent musically the concept of the inner crisis experienced by everyone’s conscious self, that uses “shelters” in various forms to satisfy a compelling and nefarious need to attach meanings to life. The album takes the form of a 43 minutes long song (split in seven tracks), in order to take the listener into a non-stop journey in a dead-end vortex full of panic, anxiety, insanity and desperation. We really hope you will enjoy it and we thank everyone who has supported us and will support us in the future.

"Occupying similar sonic terrain to sonically extreme and abrasive like-minded metallic and mathcore heavy acts such as Frontierer, Ion Dissonance, and Plebeian Grandstand, Turin Italy’s Noise Trail Immersion has been carving out their own demented style of dissonant black metal infused mathcore since 2013. After dropping a scorching self-titled debut album in 2014, the group got on a lot of people’s radar with the release of their 2016 sophomore full-length album, Womb. Womb was highly praised by writers and fans alike worldwide and rightly touted as a standout effort in the crowded mathcore field. Now in 2018 the band seeks to take it up another notch with the release of their third album Symbology of Shelter out Friday, November 2nd via Moment of Collapse Records. Symbology of Shelter sees ever more dissonant black metal influences seeping into Noise Trail Immersion's chaotic music, balanced out by traces of post-metal utilized to make the group's compositions more dynamic and versatile. Noise Trail Immersion thrives on fusing and interlinking chaos and calm in an emotionally rousing manner both mournful and vitriolic throughout Symbology of Shelter. The album kicks off knee deep in disgust and aggression, seething endlessly on cuts such as opener "Mirroring", while showcasing an ambitious side and somber vibes of an entirely different nature on the album’s double dose of two-part songs, beginning with "Repulsion and Escapism Parts I and II", then returning later on the album to the stunning journey contained between “The Empty Earth I” and “The Empty Earth II”.