> Cds>Wolfcross "From the North" (CD)
New 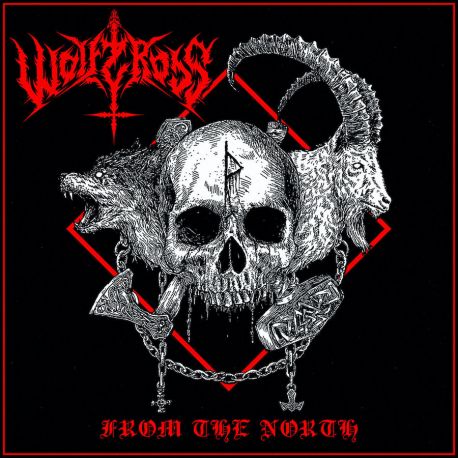 Wolfcross "From the North" (CD)

Wolfcross formed in 2015 by Jonas Bergkvist aka J. B. Vorgoth. Having been an active member of the death metal scene with bands like Desolator, Ending Quest and Soliloquium he needed to channel his anti-christianity and Nordic mythology ideas in another form, namely black metal. A demo was quickly written and recorded and released onto the world the same year as he formed the band. In 2019 a compilation album was released on CD with the bands demo material, whereas the 100 copies quickly sold out. Wolfcross has since gone from a solo project to a full line-up of four and a full-length debut has been in the making. After several successful live shows in Sweden the band are eager to release From the North to the world. Wolfcross is pure Swedish black metal forged in the flames of old and new whereas the band has captured the essence of the Swedish sound from the first wave to the present. The band is already booking shows all over Sweden as this Winter will become just a bit darker as Wolfcross sweeps over the nation. New and old fans of black metal will be sure to check this release out.