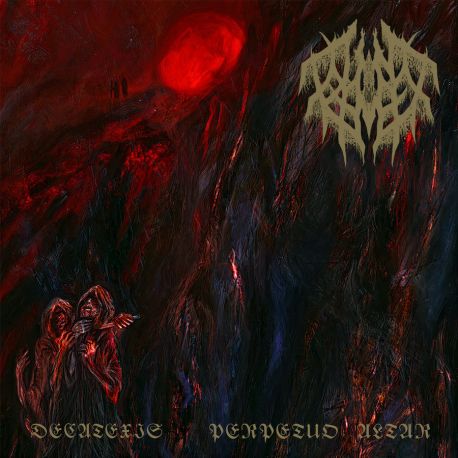 This gargantuan debut effort has emerged by combining multiple elements from death metal’s most prominent sub-genres into sludgy and hideous output. The band’s creativity allowed it to vigorously process a wide array of elements into one whole. That altogether is what has become the defining moment in delivery of the essence of the band’s own sound and musical direction the album naturally showcases without any hesitation.

There’s also some cult, harrowing madness and danger running underneath the bewildering tones of this record which gives the music yet another level of personality the listener is about to be exposed to. It doesn’t get more unique for a debut album. For any album.

The album digs deep, finds the scars, opens them and leaves them bleeding. It will have you struggle. The immense existential human anxieties of nihilistic nature, which are attached to the eternal theme of life and death in the concept of being all and nothing, have been expressed in intimate yet absolutely intense ways throughout the five tracks. The darkness, the evil, the enlightenment. A metaphor, philosophical take or schizophrenic journey inside one’s head? The experience is piercing. It’s not all just a clash of moments of hopelessness, there are cathartic moments but the pain, darkness, insanity are still prevalent.

“Decatexis // Perpetuo Altar” is beating, vital record and it leaves a profound impact that lingers even after the record stops.