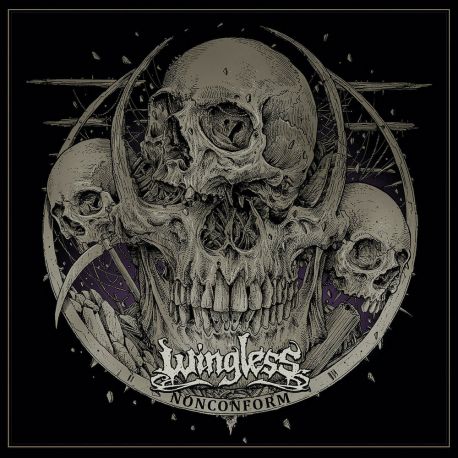 The crushing fourth album from Polish death/doom outfit WINGLESS. "Nonconform" is a blend of dark and heavy sounds with a depressive aura. WINGLESS is an ensemble perfectly aware of what and how they want to play, by consistently following their idea of creating death/doom metal music, without even avoiding inspirations from metal artists of the ‘80s and ‘90s. The record was completed with cover artwork by Rafal Wechterowicz (Slayer, Mastodon, Nile), and layout by WINGLESS vocalist Michal Loranc (REDEMPTOR), also a well-known designer who has worked with Behemoth, Nile, Necrophagist, and many others.

For fans of MORBID ANGEL, DEATH, IMMOLATION and PARADISE LOST.