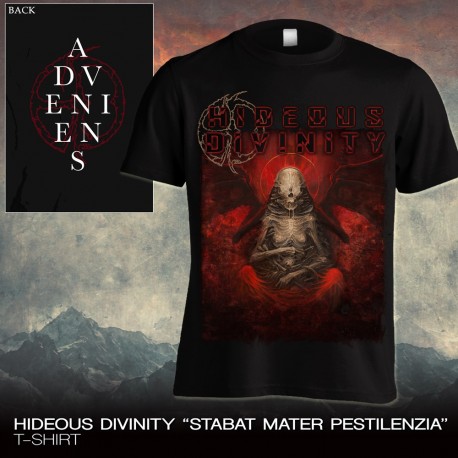 Guitarist Enrico S. states:
“It may be pretentious to talk about evolution inside our musical genre, this is what Adveniens truly means for us,” elaborates guitarist Enrico Schettino. “Just when we believed that with Cobra Verde we reached a point of no return, our songwriting turned even more dark and monumental. Although we’ll never consider ourselves close to LVCIFYRE, Adversarial (Official), Deathspell Omega, and Akhlys, the influence of this new wave of obscure metal on us these last years has been massive. The result is our most epic death metal effort ever conceived."
“ Stefano Morabito and his 16th Cellar Studio set up a new standard with the production of Adveniens,” he continues. “Never before has our sound reached such a level of uncompromising intensity without sounding forced or overproduced. The maniacal efforts made to perfect every single drum beat, vocal line and guitar chord almost caused a nervous breakdown but it truly paid off.”
“The entire album is a reflection on history and time, on the succession of futile ages, on the role of the poet as soothsayer and witness of the winds of time erasing each one of these ages from the face of the earth. A reflection on Walter Benjamin predicting the ‘adveniens’ of David Cronenberg, on Professor O’Blivion predicting an era when ‘all of us will have special names.’ Adveniens is a violent reflection on art.”