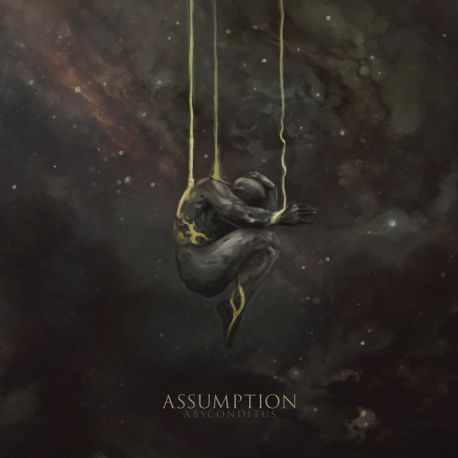 Death Doom explorers Assumption are ready to sink into outer cosmos again! Following their critically acclaimed EP "The Three Appearances" these three new tracks (clocking around 37 minutes) continues developing the psychedelic aura of the italian band to reach a new level of sonic deviation where visionary Floyd-esque sections are combined with extremely heavy, downtempo riffs.
Initially started in 2011 as a studio-project with David on drums and Giorgio on vocals and all the other instruments, Assumption have managed to set up a live line-up throughout the years, sharing stages with bands such as Esoteric, Demilich, Sub Rosa and so on.
For fans of diSEMBOWELMENT, Disma, Oranssi Pazuzu.