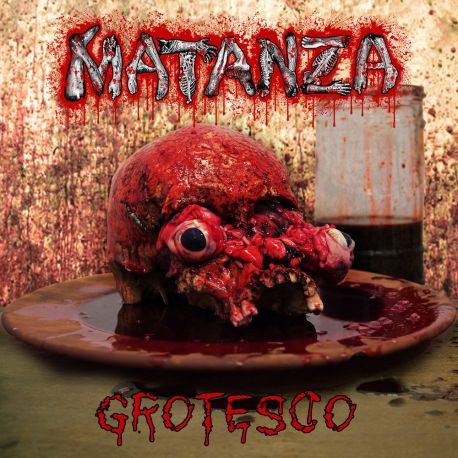 Death Metal/Goregrind Band from Mérida Yucatan Mexico which was founded in 2005. They started out with the idea of a brutal band with the influence of bands like Death, Mortician, Asesino, Brujería, Rompeprop, Six Feet Under. They deliver a ton of groove of murderous quality among the gore drenched, anti-religious and horror loving Goregrind with strong influences of downtuned mid-tempo Death Metal. Their lyrics are in spanish, featuring themes as gore, murders, antireligion - to emphasize their passion in their visual performance they use masks and blood in their shows. In december 2007 they released their first EP "Cadáveres E.P." with a good reception of the local grind scene. In 2012 with the help of Aaron Silva from Oxidised Razor in the mastering and mixing, they released their first full length album "Encontrados Muertos", featuring 11 new tracks and leaning more towards Goregrind style. In 2015 release "Muertos E.P." with the spanish label "Base Record Production". In 2017 the band entered the recording studio again, and released their second full length "Sangriento" with the labels Gore Cannibal Records (México), Rotten Roll Rex (Germany) and Nothing Left But Chunks (USA), with 11 new songs.
And now releases fifth album “Grotesco” pressed by Coyote Records (Russia) with 11 new songs, with a professional recording, mastering and mixing. The perfect mix of the preview cds, with this album you will have a lots of headbang.