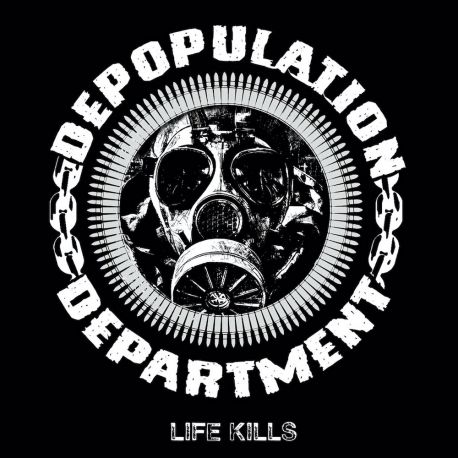 DEPOPULATION DEPARTMENT was formed in the summer of 2018, by Ana (Haemorrhage), Jose (ex-Haemorrhage/Ultimo Gobierno) and Luisma (Haemorrhage). The original idea was to play Punk/Crust/D-beat influenced by old bands from the 80s with both male and female vocals and "anti-everything" lyrics. Some months later Lucky (former member of the Death Metal band Avulsed along with Luisma) joined on bass and gave the name to the band. Soon after DxDx started to write their first songs and recorded some demos. In February 2019 DxDx entered the studio to record their first ever official release, entitled "Life Kills" set to be released via Spikerot Records in September.