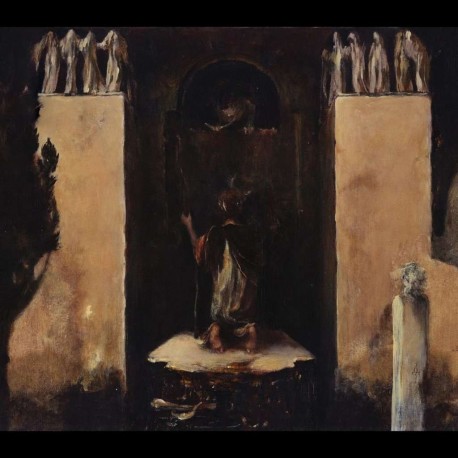 Initially conceived in 2002 under the guise of Goat Molestor, it was not until 2008 when the London, UK occult death metal alchemists would take their aesthetic to new plateaus of invincibility by re-naming themselves GRAVE MIASMA. A debut 35-minute EP entitled “Exalted Emanation” would surface alongside their “Realm Of Evoked Doom” compilation EP (which compiled material from their Goat Molestor demo days) and instantly, GRAVE MIASMA would make a huge impact on the death metal underground worldwide. Their devastating live shows also helped the band gain recognition, being specifically asked to play many of the reputable festivals in Europe and North America, all this even before any kind of full-length album was even released.